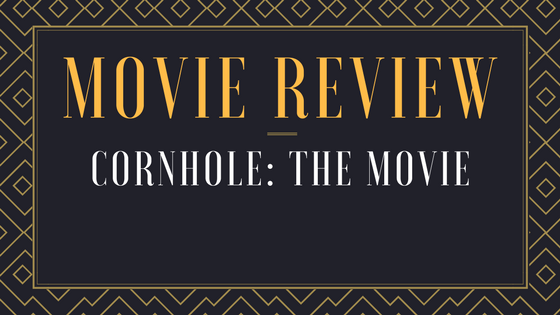 Full disclosure – I have not seen this movie. I’m on the fence about spending ~$22 at Amazon so I can buy the DVD and watch the movie. Maybe after I post this “review” of everything I could find on the Internet, I can get enough interest from the community to make it worth my while and make the purchase.

What is Cornhole: The Movie?

Cornhole: The Movie is a mockumentary comedy that examines the lives of four groups characters who have sacrificed, exploited, and shamed those in their lives to gain a certain level of minimal fame in the Cincinnati based sport of Cornhole.

The movie was released in 2010. I couldn’t find any revenue numbers, but I find it hard to image that they recouped their investment in this movie. It has a rating of NR and a run time of 94 minutes.

Rotten Tomatoes hasn’t scored the movie….we could be the first!

The nice thing about YouTube is that when stuff goes up, it almost never comes down (Usually when a video does come down, it is because of copyright/ownership issues.)

Making of the Movie

The movie’s creator and director, Tim Clarke, admitted that it was hard for him to find Hollywood actors for this movie…but I’m not sure why. I would think that Hollywood actors would have been clamoring for an opportunity to be part of this monumental film.

Of course in this age of #MeToo, I’m sure those Hollywood actors heard the word “Cornhole” in the title and they immediately declined.

Considering Cincinnati is considered the home of cornhole, I’m not too surprised.

Did You Know?   National Cornhole Champion – Matt Guy (hailing from Alexandria Kentucky) served as the technical director for the movie. It’s good to know that they had an onset professional!

At one point in time there was an official Cornhole: The Movie website, however now it just goes to a GoDaddy domain parking lot page.

For the low low price of only $69.99 I could be the proud owner of this domain. Maybe if I plan on doing a Cornhole 2: Rise of the Hole movie I will purchase the domain. Until then, it will remain parked as a reminder to us all of the fickle world we live in.

I really want to see this movie if for no other reason than the cringe worthiness of it. Watching the trailer I found myself wanting to look away…but unable to do so.

If you have seen this movie, please post something about it in the comments. Of even better, making your own short mockumentary about cornhole and share it with the world!

If/when we end up seeing the movie I will update this post. OK, get out there and play some cornhole!

2 thoughts on “Cornhole: The Movie – Review”