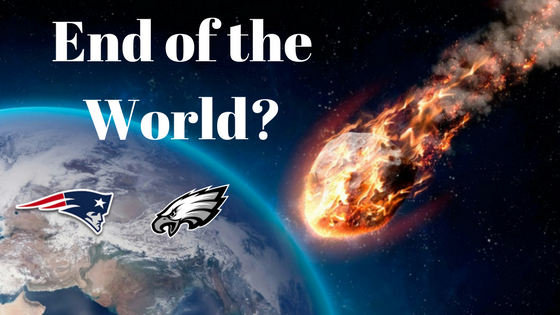 Supra Bowl LII is Right Around the Corner…Are You Ready?

The Super Bowl is right around the corner!  With the NFL having all kinds of viewership issues, it will be interesting to see how many people actually watch the Super Bowl.  I know it doesn’t help that the two teams are not very well matched, with the Eagles being huge underdogs.

Who wants to watch a Super Bowl where the Patriots roll over everything in there way? (I mean who, besides Patriots fans?)

So OK, that game might not be played by the teams we’d like to see.  But there is still plenty to enjoy about the game and your Super Bowl party…

Don’t have a cornhole set for your Super Bowl part?  It’s not too late to get your football themed boards and bags for the big day.

So which team do you think will win Super Bowl LII?  Like me, do you feel like the Eagles have as much of a chance as that asteroid hitting earth?

2 thoughts on “Super Bowl LII – Are You Ready?”